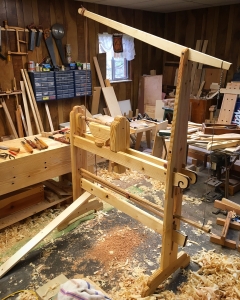 This will be a first in a series of ongoing post as I learn to use the spring pole lathe.  These posts will be mostly for my own journaling purposes, but it may prove useful to others as well.

When I finally made the decision to build a lathe, I agonized over which design to build.  I knew that I wanted a human-powered version though.  So the first major decision was spring pole or treadle? Ultimately I chose to build Roy Underhill’s version of a German double spring pole lathe due to its portability, simplicity of construction and the fact that it is a self-contained unit.  My build process of a modified version of Underhill’s original is covered in a five-part series beginning here.  Since Underhill still derives income (books, magazine articles, classes) and, as to my knowledge, has not made these plans free to the public, the series is just an overview of my build experience.  In short, I built a lathe. 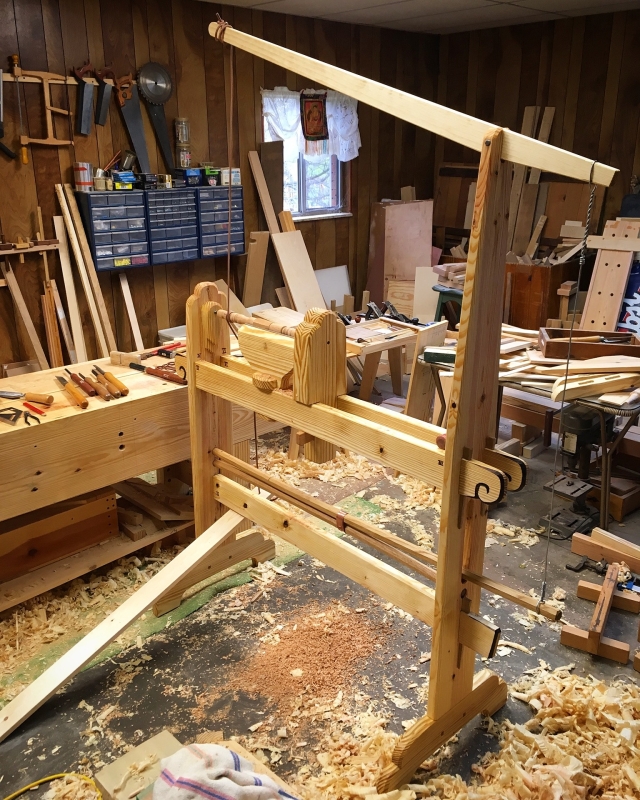 Now I have to learn to use the thing.  Especially daunting since I have never used a lathe of any kind, human or electric powered.  Well, there was an attempt at building a lathe about twenty years ago that involved pallet wood, a garage door spring and, very nearly, severe property damage from launching said garage door spring when the cord broke.  Anyway, with this design of lathe I had a couple of concerns, the pivot arm and the loose foot board.

In every video I have watched of this style lathe in action the pivot arm looks to swing dangerously close the operators head.  It also looked like it may pose as a constant distraction in my peripheral vision.  I’m happy to report that neither concern was warranted.  When using the lathe I am blissfully unaware of the pivot arm.  Nor have I whacked myself in the head with it.

The loose foot/treadle board proved to be somewhat more problematic.  My findings don’t seem to be unique in this regard.  There are several folks who seem to have had the same experience and many creative solutions can be found on the internet.  The majority of which add a good bit of weight and are bulky.  Ultimately sacrificing a degree of portability and versatility.

The problem is keeping the thing in place during use.  In use you place your stationary foot at the pivoting end of the foot/treadle board and pump away with your other foot.  What I found is that the thing tends to walk away during use unless you have the perfect angle of push with your other foot.  I found it quite frustrating to chase the thing around.  I needed a simple way of keeping it in place.  Another issue was that the return was a bit sluggish no matter the tension on the springs.  This told me that the foot/treadle board was simply too heavy (see photo above).

Ultimately my solution ended up being quite simple.  The treadle/foot board was trimmed to a triangular shape.  This made it much lighter, but still stiff enough to do its job. To keep the thing from wandering around in use, I drilled a hole and tied a scrap of leather to the pivot end. In use, I can place my stationary foot on the leather and pin the foot/treadle board in place while still maintaining the ability to swing the end of the foot/treadle board left or right.  This allows me to adjust where the drive cord is riding on the workpiece as well as preserve the lathes portability.  Now I can concentrate on learning to turn. 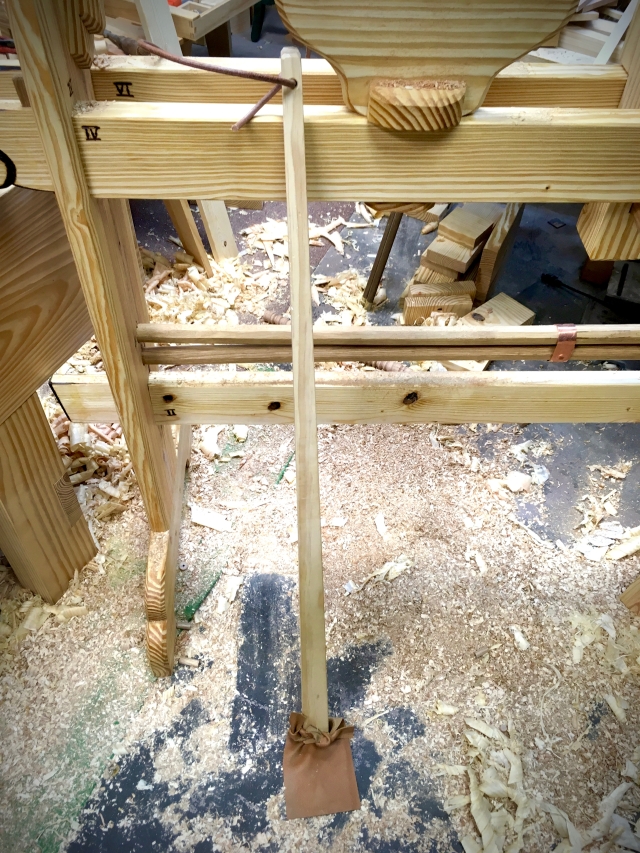 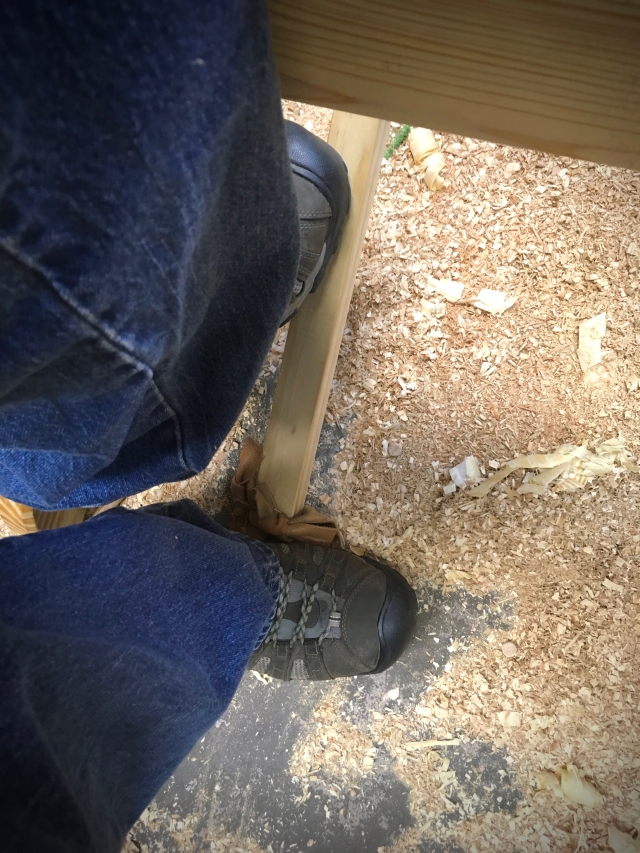 There is a lot more to come.