Immediately after the completion of the prototype chair from my last post, I began work on the next. Gluing up a seat blank of white ash and sawing arms from brown ash. The shape of the arms being mostly dictated by the grain of the wood. Striving to keep the grain off the arm continuous. In turn, the arm blank then plays a significant role in the shape of the seat. 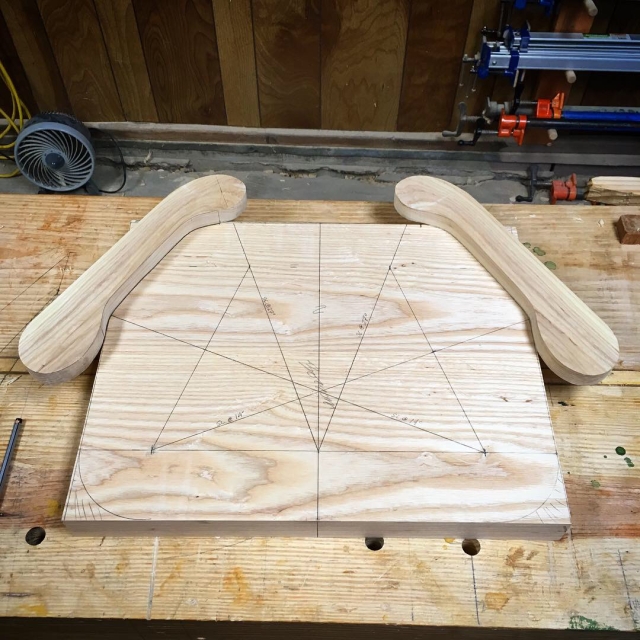 The process remains unchanged. The leg mortises were drilled and the seat saddled. First, roughing out with gouge and mallet. Followed with travisher and scraper. The edges of the seat were chamfered. 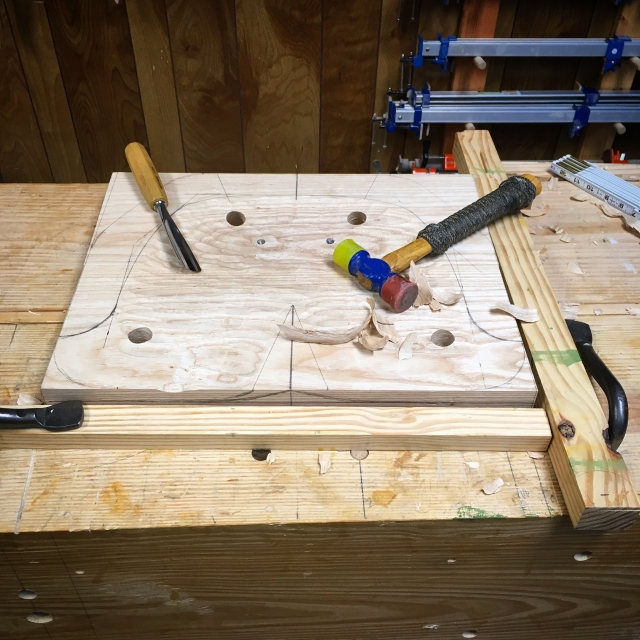 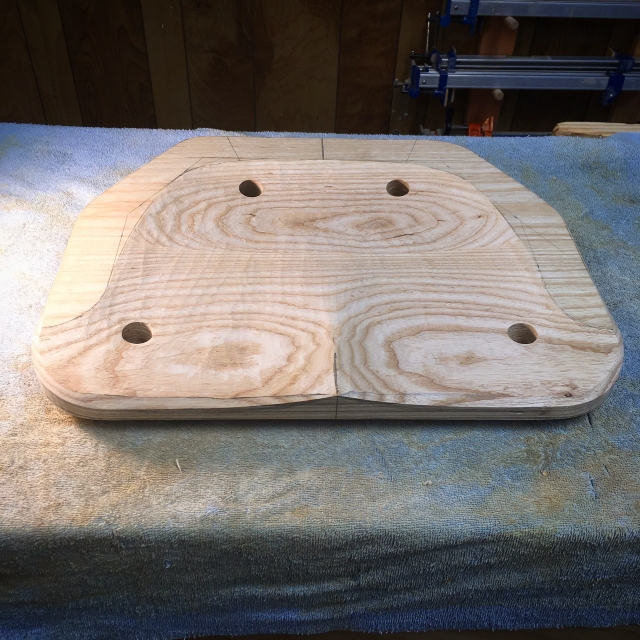 The chair was then legged up and stretchers fitted. 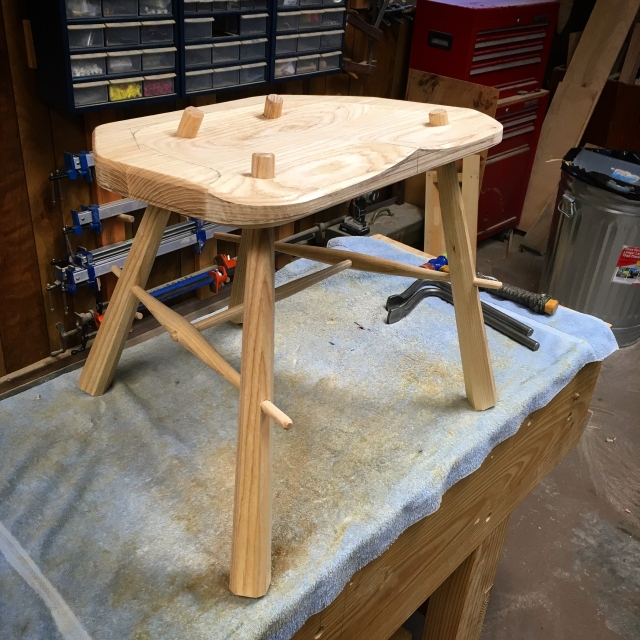 I did use this opportunity to refine a jig that I have been developing for this type of chair and to record the details. The jig provides a bit of continuity to a chair that largely develops organically. 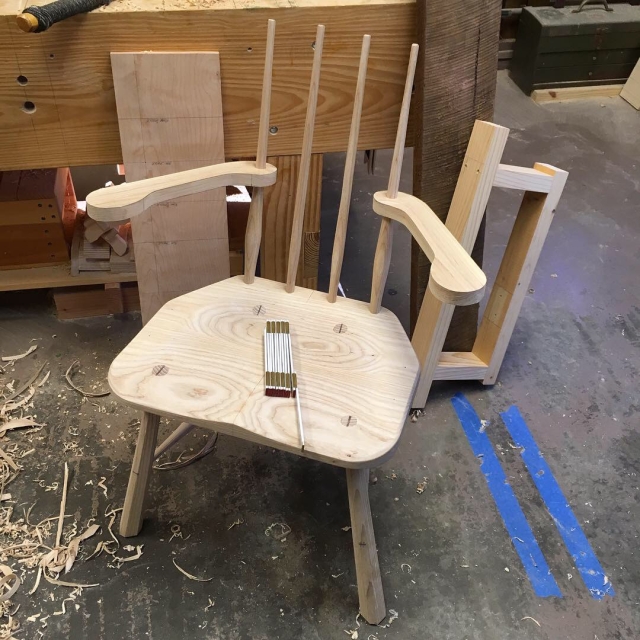 I then fitted the arm spindles and crest rail. This crest rail is from a scrap of walnut that I found in my attic. 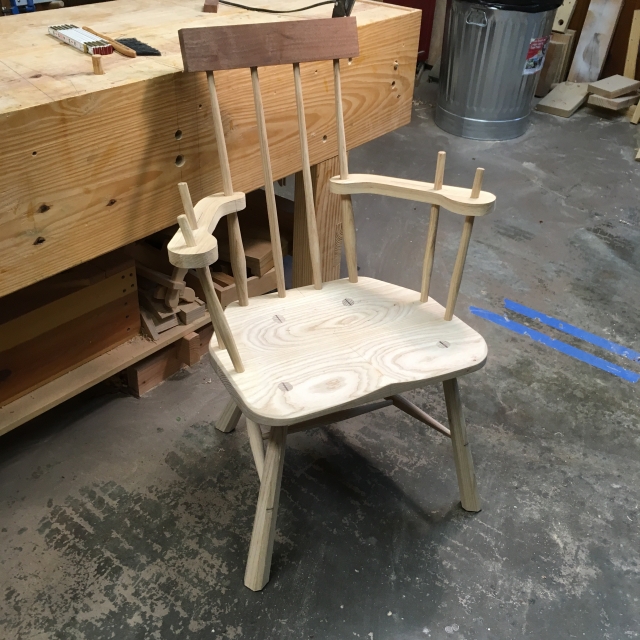 The contours of the arms and crest rail were then refined and the chair assembled with glue and wedges. I added a bit of wood burning to a few of the edges and a touch of knot work. 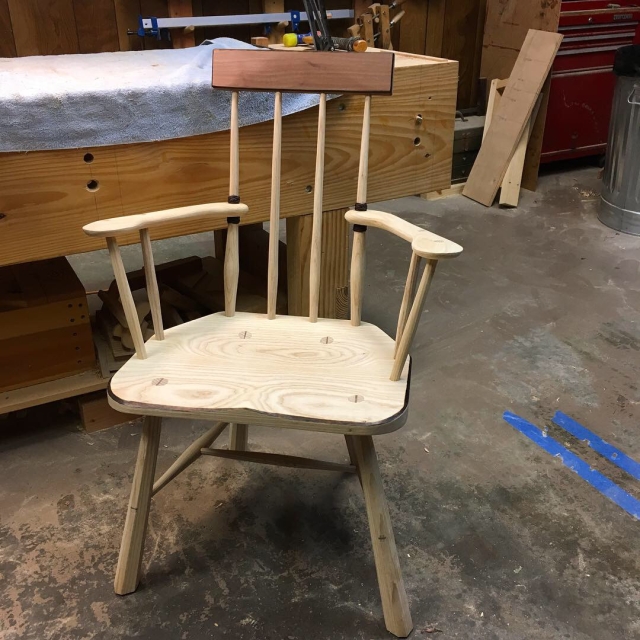 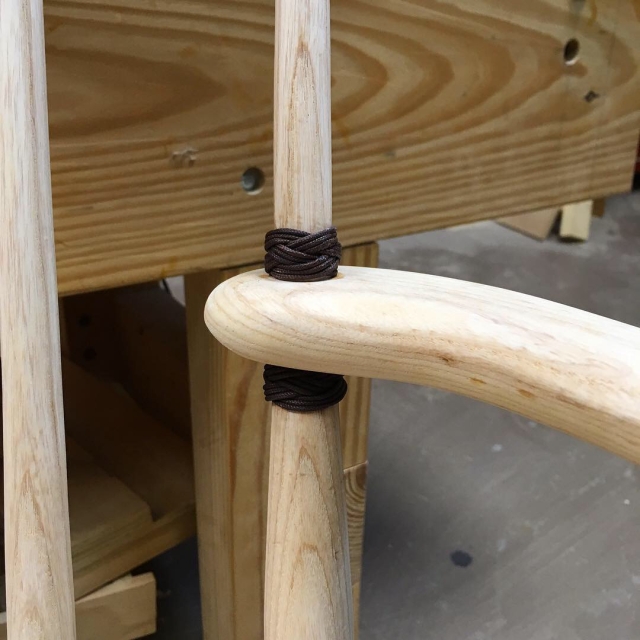 Finally, the chair received several coats of oil and beeswax. 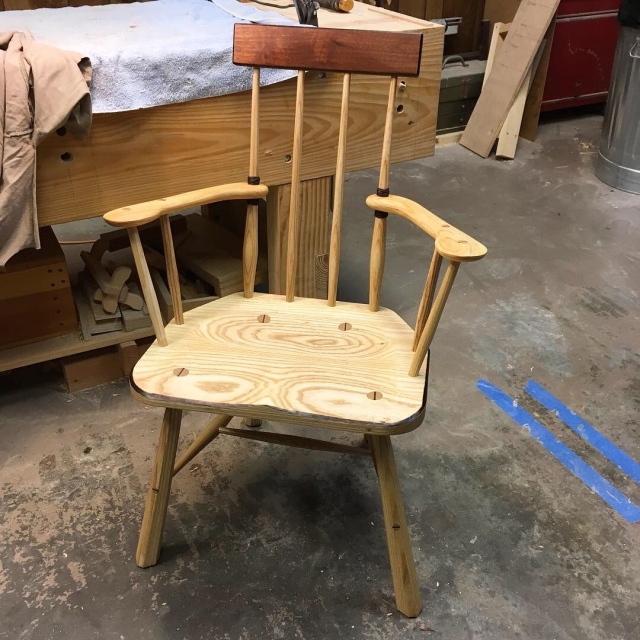 The two chairs from this design. The prototype on the left and the slightly refined version on the right. 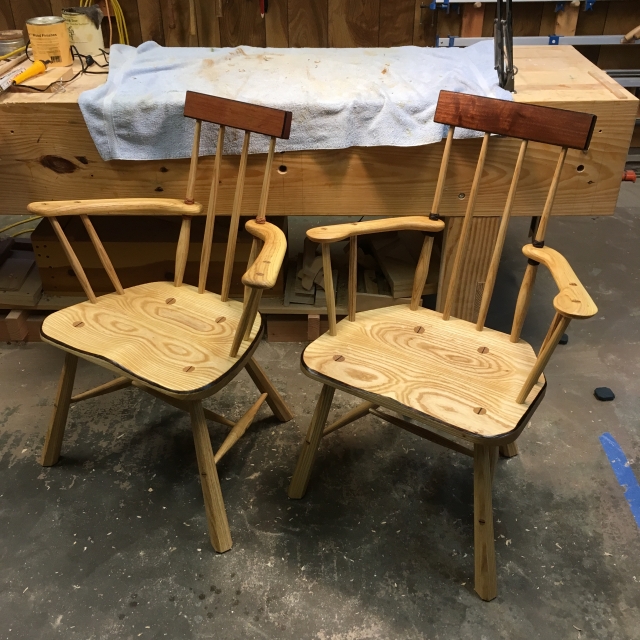 I still want to build at least two more versions of this chair. Unfortunately, I developed tendonitis in my right elbow somewhere along the way. The condition was so severe that I could not even grip a beer bottle. So the situation was critical. For the past several weeks I have been resting it and the tendonitis is starting to subside. Hopefully I can get back into the shop in few more weeks.

In my next post I’ll show you how I have been spending my creative energy while convalescing.