Twenty some years ago, when my now wife and I first got together I met Stan, my future father in law.  He greeted me like we were long time friends who just hadn’t seen each other for a while.  Here I was this young, kid really, flat broke and barley any promise whatsoever.  He listened to me drone on about woodworking and showed a real interest in what I was saying.

Back at that time I had no skills, practically no tools and no place of my own to work in.  But Stan listened to me and maybe saw something worth encouraging.  I remember this next bit like it was yesterday.  He took my wife and I on a drive and we ended up at the local Lowes.  When quizzed about this destination Stan said that he just wanted to look around a little.  After spending some time wondering around the store he asked me how much wood I thought it would take to build a coffee table.  I gave my best uneducated guess to answer his question.  He began pulling pine boards out of the rack.  I found this especially odd since Stan lived a thousand miles away at the time and was just in town for a visit.  So he pulled enough stock to meet my guess plus a little extra.

“For you to build a coffee table with of course.”, said Stan with a sly grin.

I protested that it was too much and that I didn’t have anyplace to work, ect.  But that made no difference.  I was getting a pile of wood to build a coffee table with and that was all there was too it.  As we were leaving the store he stopped by the tool isle.

“You’ll probably need this too.” he said.

Putting a Dewalt random orbital palm sander in with the wood.

With those gifts in hand, I borrowed the use of my wife’s grandfather’s garage, table saw and tools and commenced to building the worlds worst looking coffee table.  Did  I mention that I had no skills at the time?  Even though that table was hideous it lasted well over twenty years of daily use and was only recently dismantled to become a future project.  I still have that sander too. 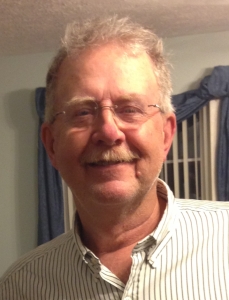 I’ve never talked about this before with anyone, but Stan’s gift those many years ago made a huge difference in my life.  It was the first time anyone had ever shown that they believed in my dream of working with wood.  It made me want to improve and hone my skills.  In essence, to be worthy of his generous gift.  I’m not sure of why Stan took that chance on me way back then.  Maybe he just wanted to give me a gift because it would make me happy or maybe his intention was always to encourage me in my dream.  We never discussed it, that’s just not what men do I guess.

I wish I had asked him, but sadly I’ll never have another opportunity.  We lost Stan today to a sudden unexpected heart attack.  He was a great man who was instantly liked by all who met him.  He will be truly missed.

This entry was posted in Thoughts-Views. Bookmark the permalink.

27 Responses to Thank You Stan!