Whew!  Lots of progress happened this week.  So much so that the first coat of oil is on.  Oh, you want a little more detail than that?  OK, I’ll back up a bit.

The week started off with fabrication of the bearers and subsequent drawer runners.  The bearers are just slabs of wood that hang from the bottom side of the top slab and are screwed into place.  So oak pieces were cut to size, about a 1/16″ taller than the drawers, and counter bores and clearance holes drilled.  I then cut the drawer runners from a piece of maple and planed them to fit loosely into the grooves of the drawer sides.  I also sized them to sit a little proud of the drawer sides.  I then drilled mounting holes into the runners.

The ends of the bearers received the same texture and wood burning treatment as the lower chamfer on the top slab.  With that bit of “decoration” added, I installed the bearers and drawers.  I’ll be damned they work! 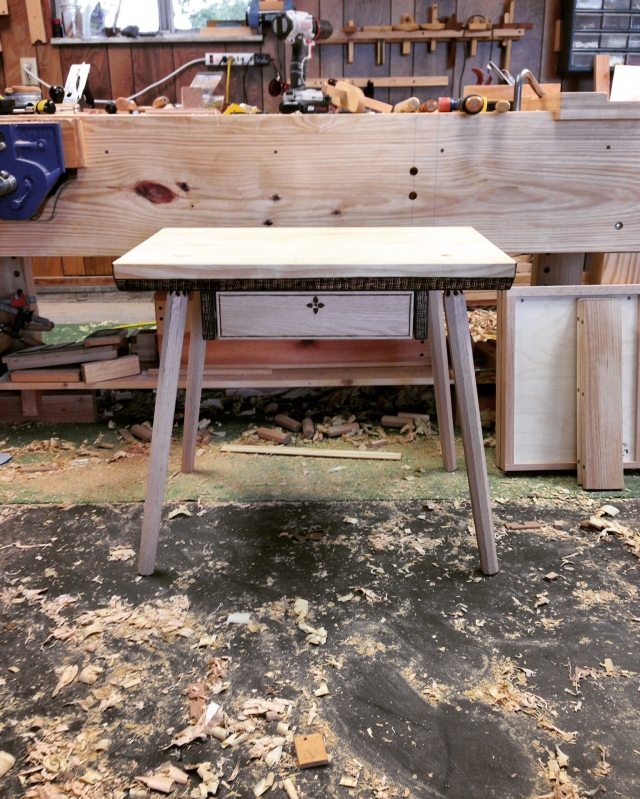 Here is where I let loose with the embellishments to the top slabs.

The outer, top edge of the slab top received a heavy chamfer and wood burning.  I then added texture to the exposed tenon ends and followed that with some more wood burning.  Creating something of a flower effect at each tenon location.

From the start I knew that the center of the top slab would receive some sort of kolrosing detail, aka Hillbilly Inlay.  It wasn’t until I added these flower motifs to the tenon ends that I knew for sure what I wanted that element to be.

First, I made a pattern based of the wood burner tip that I have been using.

Then I laid out another, larger flower motif to echo those on the tenon ends.

Then I knifed in all of the lines and rubbed some instant coffee into the incisions.  Followed with another application of texture.

It doesn’t look like much until a little oil is wiped on. 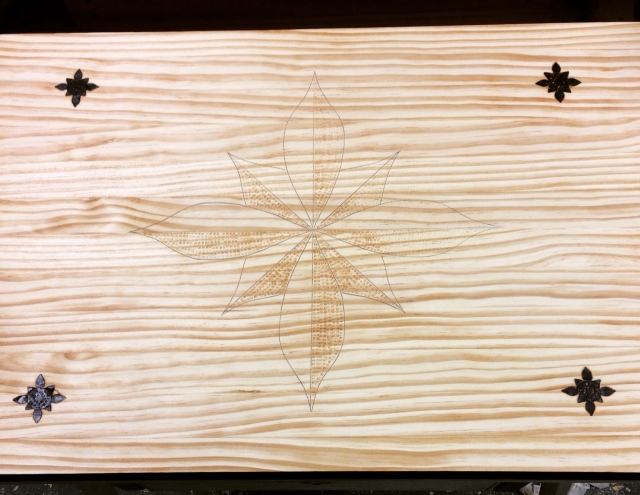 I then set about leveling the assembled tables.  To start, I placed a piece of plywood onto my saw horses and leveled it by shimming as necessary.  Then placed a table onto the plywood and shimmed the table until it too was level.  Finally I measured for final height and cut a piece of scrap equal to the amount to be removed from the legs.

Using a pencil cut in half, I marked around all of the legs and cut away the waste. 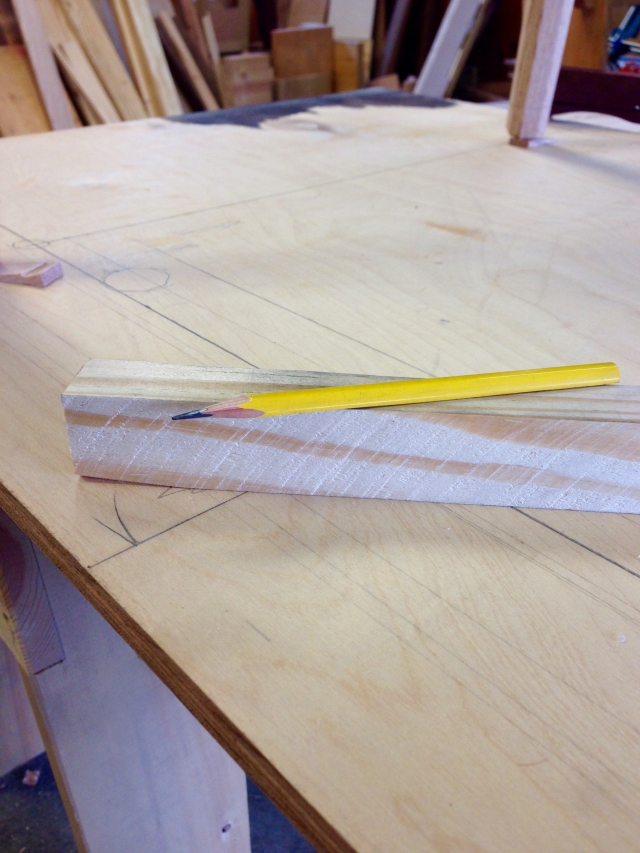 With both tables sitting level all that remained was to add the first coat of tinted linseed oil. 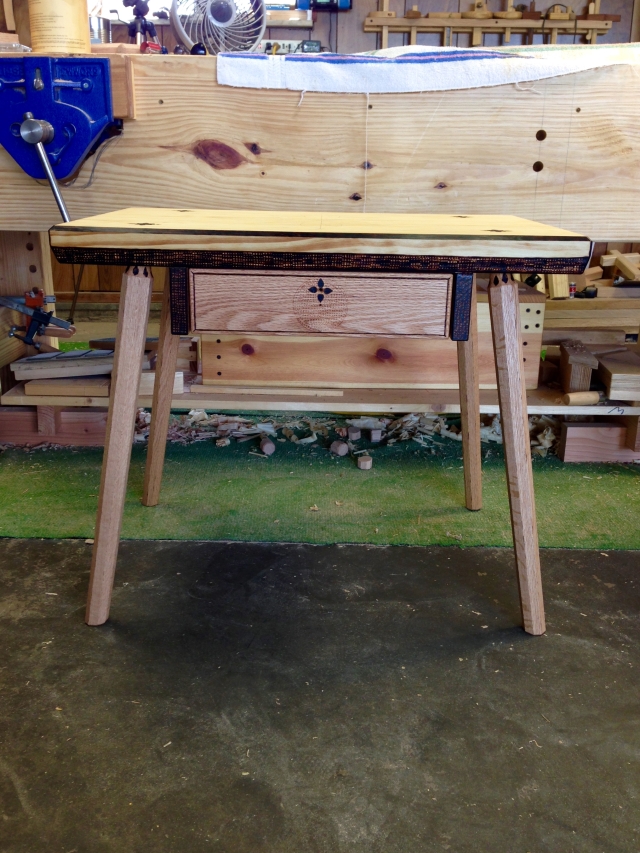 Tomorrow I’ll add another coat of the same.  I’ll follow that with a coat or two of Tried and True original finish.  So with any luck, I’ll put up a final post about mid-week with a few dog and pony photos of the completed tables.

This entry was posted in Staked Side Table-000 and tagged kolrosing, staked furniture, texture, wood burning. Bookmark the permalink.

13 Responses to Staked Side Table-Part 8