Well the leather sewing machine belt drive cord gave up the ghost.  A little disappointing that it only lasted about three weeks of moderate use.  Rather than waste my remaining leather cord, I made a trip to the Big Box and bought a fifty foot hank of 7mm solid braid polyester cord.  I let you know how this stuff holds up. 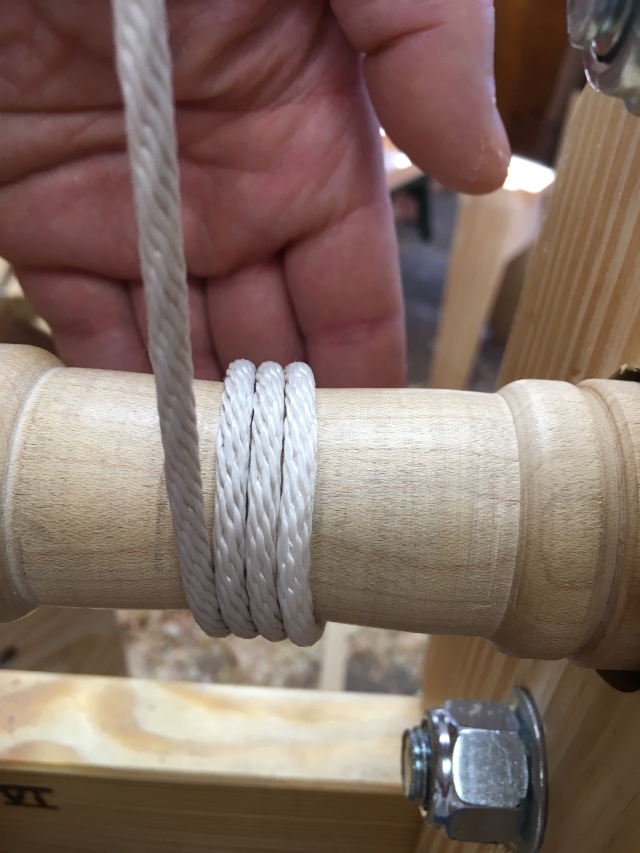 This next bit is about an accessory.  Once I started using this lathe it became immediately apparent that it would be impossible to turn short lengths of wood or oddly shaped pieces.  There would be no area on which the drive cord would run in those instances.  What I needed was a drive mandrel that would serve to accommodate the cord and transfer that energy to the workpiece.

After doing a bunch of searching online, I came up empty.  There is plenty of information to be found on creating a drive mandrel for bowl turning on a pole lathe, but practically nothing about a mandrel that was independently supported from the actual workpiece.  So I did a little head scratching and sketching and came up with an idea that seemed promising. My idea is essentially the same as the drive pulley on a typical treadle (flywheel) lathe except I only need to have a bearing to support the end of the mandrel.  There is no need for thrust bearings.  The existing dead centers continue to serve in that capacity.  In use, the drive mandrel and the workpiece are “pinched” between the existing dead centers.  The bearing mounted on a removable puppet serves to support the juncture of the mandrel and workpiece.

So I ordered a 1-1/2″ bore flange mount bearing and a 1MT drive center off of fleabay. 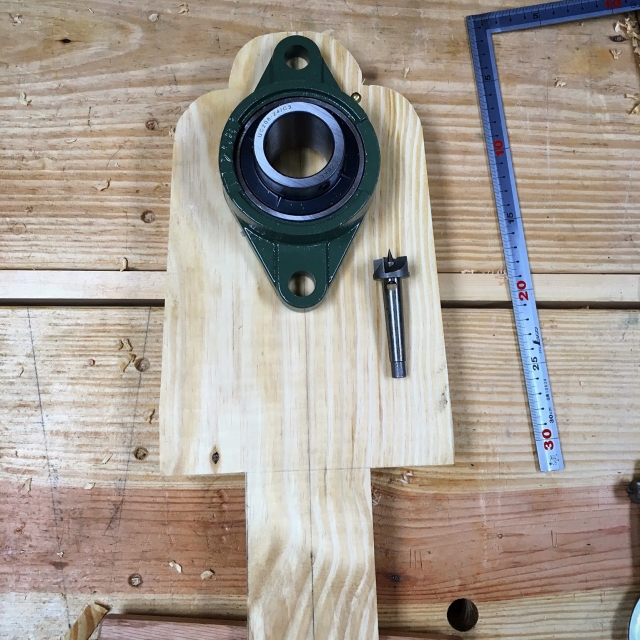 The mandrel I turned from hard maple.  I sleeved each end of the mandrel with copper to prevent splitting and add durability.  A 1-1/4″ copper slip coupling has a 1.9ish outside diameter and was a friction fit to the bearing once I added a shim fashioned from aluminum tape.  The 1MT drive center was installed in a stepped hole same as the dead centers. 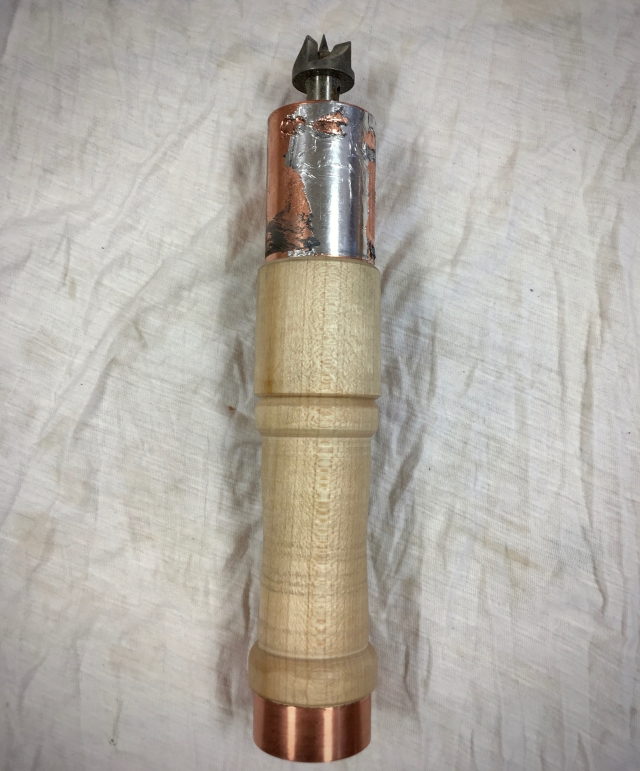 The tricky bit was getting everything to line up along the same centerline.  Time and patience paid off and everything lines up reasonably well. 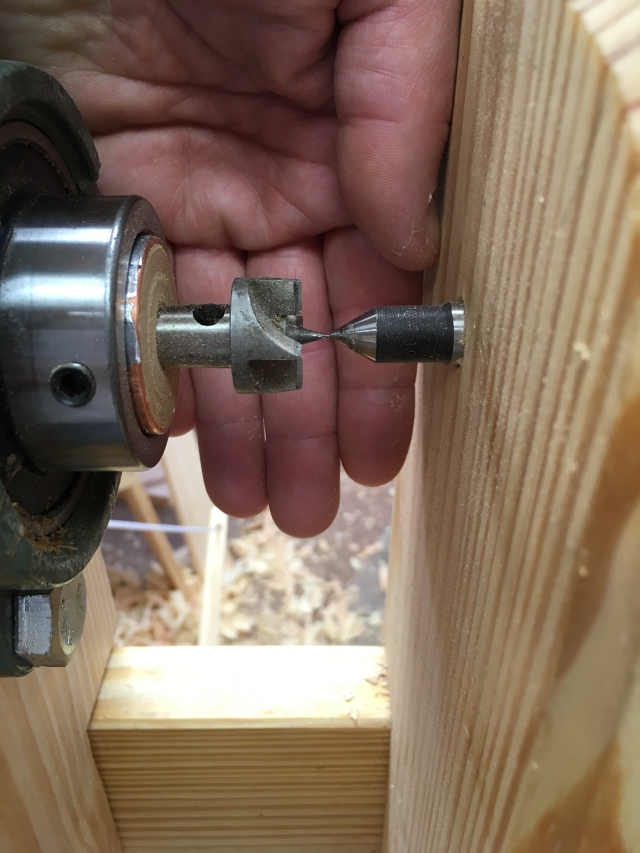 The thing works great!  The bearing is new and arrived somewhat stiff, so it takes a little more spring and little more effort to push the foot board.  The bearing is beginning to loosen with use though.  I also needed to put together a smaller tool rest.  The new one is about 5″ wide and utilizes the same locking base as the the large one.

Now I can turn just about any length of wood I want.

A short clip taken before the drive cord swap.