The “Naked Woodworker” video makes out like the bench build is a one day project.  This may just be for effect or Mr. Siemsen may be able to pull this feat off.  A well organised shop and an experienced builder might just be able to build this bench in a day.  Since I come up a little bit short on both counts, my build will take a little more than a day.  I did give it my best shot though.

Saturday I began by processing the 2x12s into usable parts.  I first cut the 8ft seactions that will make up the aprons and tops.  This left me with 4ft drops from each board.  Then I did something that I haven’t done in a long time.  I fired up my old portable table saw.  I used it to rip the 4ft drop in half to yield eight pieces 5-1/2″ wide and 4ft long.  From these I cut the legs and the rails for the leg assemblies.

In the video it is assumed that you do not have enough clamps for all of the assemblies.  So all glued assemblies are temporarily “clamped” with screws and the screws are removed once the glue dries.  So I followed along and “clamped” everything by screwing them together.

My goal for day one was to have all of the glued assemblies together so that on day two I could remove all of the screws and start assembly.  Day one went as planned and I turned out the light with everything glued and screwed.

Sunday, day two, I started by removing all of the temporary screws and feeling pretty confident that I would have the bench together by the end of the day.  That confidence quickly began to fade though.

The first task today was to build the leg assemblies for each end of the bench.  Nothing complicated a couple of lap and butt joints secured with screws. 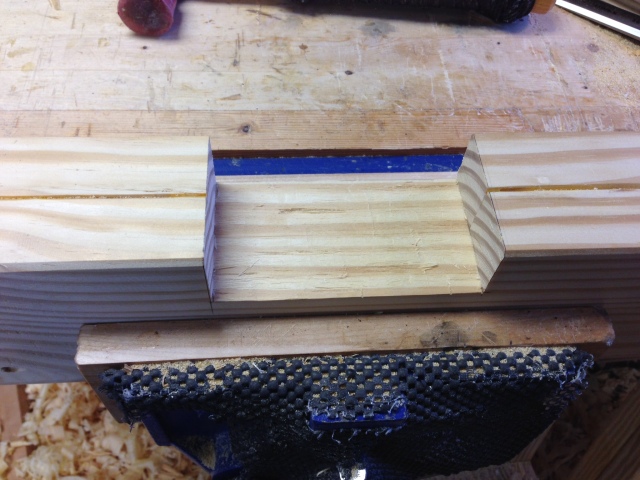 Piss poor planning left me to chop one lap joint through a big and tough knot. 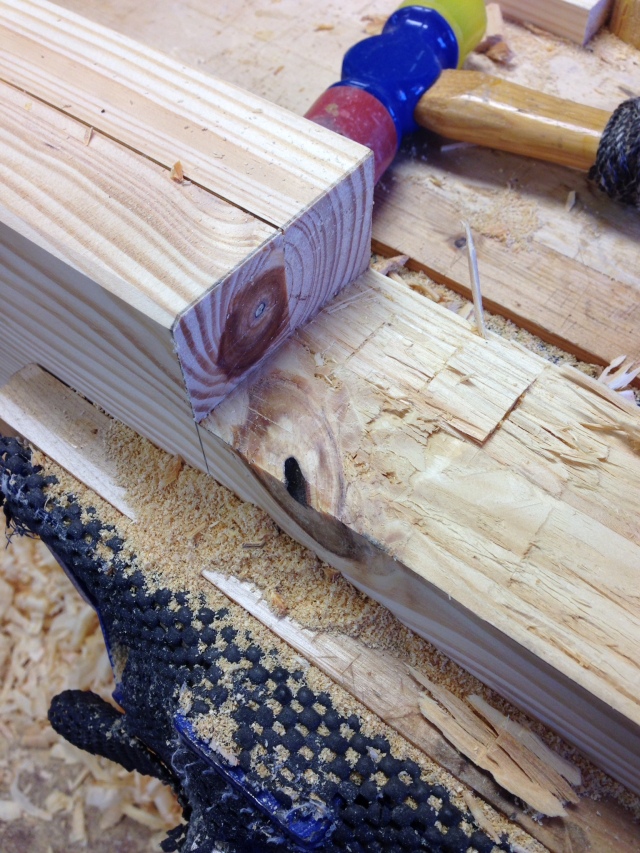 She’s on her feet!

In the video, Mr. Siemsen states that he jointed the front edge of the top board and flushes that jointed edge to the apron during assembly.  There is no mention or demonstration as to how you are supposed to joint that edge without a bench.  My solution was to leave horns on the cross rails of the legs and stack the top boards on those.  This allowed me to use the partially assembled bench to joint the top boards.  I’ll trim the horns off flush later.

Well, I gave it my best shot, but I flat ran out of steam and time.  The top has yet to be installed.  The rear top board has a bit of crown in it.  So I clamped it straight and will leave it in the clamps till tomorrow evening. 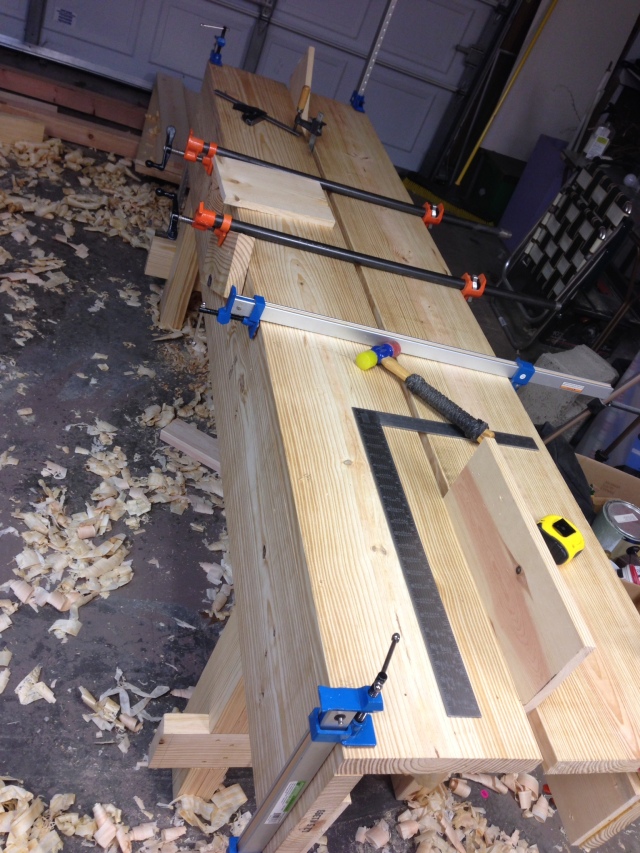 This entry was posted in workbench and tagged lap joint, Naked Woodworker. Bookmark the permalink.