After my Cheerios and coffee this morning I headed out to the shop to try my hand at making dai #2.  This dai will have the blade bedded at 45deg.  My goal is to find the best blade angle for planing the typical material that I work with.  I also want to forgo the chip breaker for simplicity’s sake.  This may seem like folly on my part, but the path is my own.

Pictures are few for a couple of reasons.  One is that my iPhone mount for my tripod is busted.  Two is that I’m not entirely sure that what I am doing in making these dai is correct.  The last thing I want to do is publish erroneous information.

I’m again using white oak and prepared a board slightly larger than the intended dai body. Planing it square and true.  Then I began the layout process.  One additional benefit of using a 45deg blade angle is that the layout is easy.  The lines are either 90deg or 45deg.  I like simple.  I added a little water to my sumi pot and put the sumisashi to work.  If you haven’t used ink for laying out joinery, your really missing something.  An ink line put down with a well sharpened sumisashi is very fine and easy to see.  Anyway, the layout is quick and only took a few minutes.

I began by chopping the mouth opening. 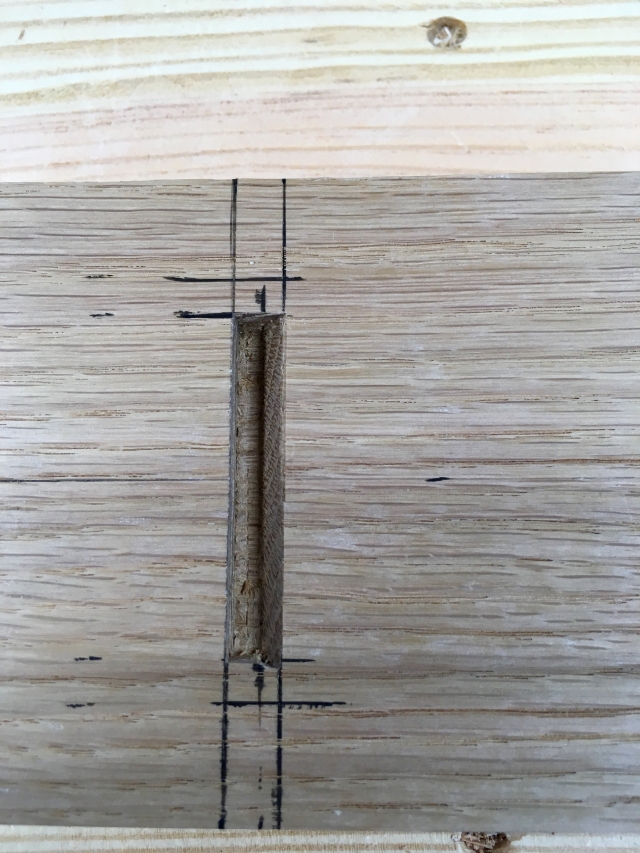 Then flipped it over and chopped the remainder of the opening.  Then I sawed the ramps for the blade retention.  Once that was done I turned my attention to fitting the blade.  I have had to add a paper shim to every one of my Japanese style bench planes to tighten the blade because I remove too much material from the bed, including the one that I made this past week.  That was not going to be the case with this plane.  No sir!

I went very slowly and fitted the blade down into the dai millimeter by millimeter.  It took me almost two full hours, but the blade fits plenty tight and makes good contact with the dai.

The mouth opening is good and tight too.

There is an opening down there, I swear.

Then I installed the blade leaving it a couple of millimeters shy of the sole and flattened the sole on sandpaper that was glued to a thick glass plate.  Once I was satisfied, I began conditioning the sole to establish three contact points.  One at the front, one at the rear and one just in front of the blade.  My original plan was to only have two contact points, which is how I set up the 50deg dai.  But I figured I would start with three first and see how the kanna functioned.  With that done it was time for a test drive. 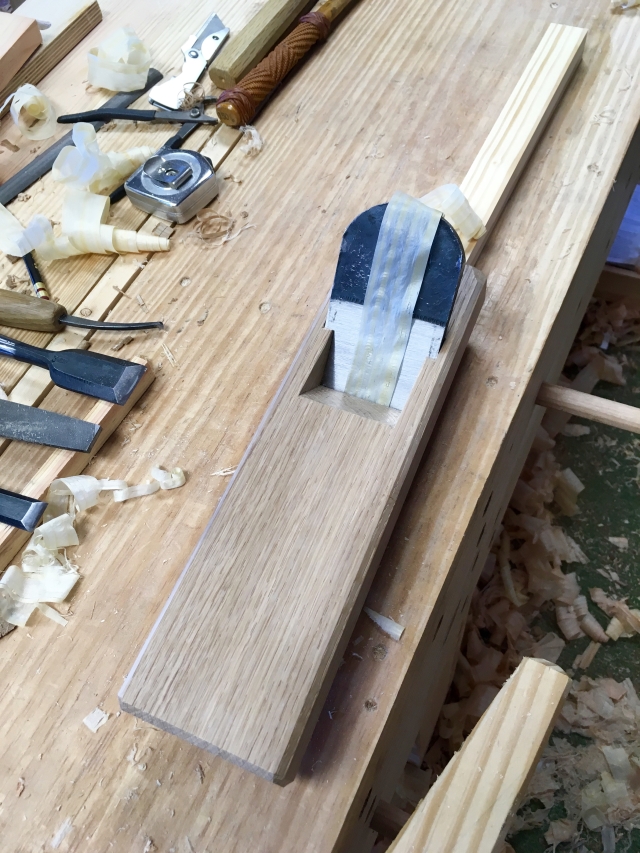 After filling the floor with ribbon shavings, I wiped the dai with a coat of Tried & True (except for the sole) to help keep the dai clean. I’ll let it acclimate overnight and refine the sole conditioning tomorrow. 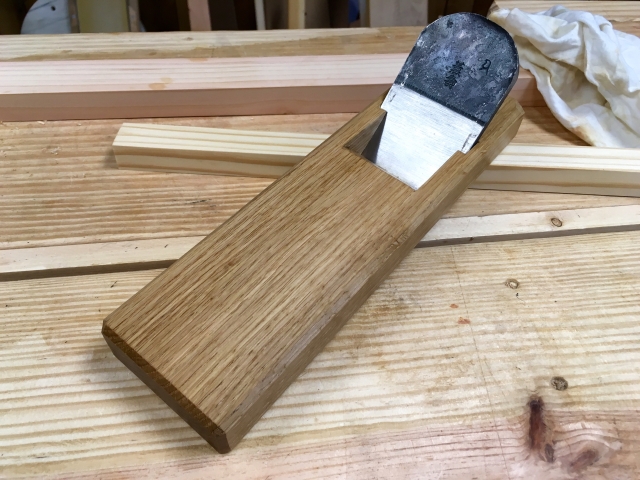 A shot of the end showing grain orientation.

I’m old enough that I don’t get excited over very many things anymore, but being able to make my own dai and have a functioning kanna has me excited.  Lots of possibilities.  Crap…I have a chisel tray that needs to be completed…

This entry was posted in 5-Tools, Kanna and tagged japanese plane, Kanna, sumisashi. Bookmark the permalink.

19 Responses to The Great Kanna Experiment-Part 2