My day in the shop didn’t go as I has planned.  It’s not that anything went wrong, but I had gotten the order of operations a little out of order.  Originally I was going to cleanup the uprights and chop the mortises for the rail wedges.  As I was about to plane off all of my layout lines it dawned on me that I had better cut and fit the pivot arm first.

The pivot arm installs in a slot in the taller upright and rides on a 1/2″ diameter steel axle.  I also installed a bronze bushing to protect the soft wood of the pivot arm.  I purchased both the steel rod and the bronze bushing from the big box store.  Both needed to be cut to length

Since I was in metal working mode I thought I would have a go at fashioning a strap that will eventually connect the, yet to be made, spring poles.  In his book, “By Wedge and Edge“, Roy says the strap can be fashioned from a copper pipe that is cut in half along its length.  Ideally I would have a metal cutting blade for my turning saw, but I don’t.  So I was left to use my hacksaw with a fixed blade.  By loosening the blade I was able to twist the blade enough to cut away about a quarter of the 12” long piece of copper pipe.  Then I worked the remainder flat.  Just like that, I had a copper strap. 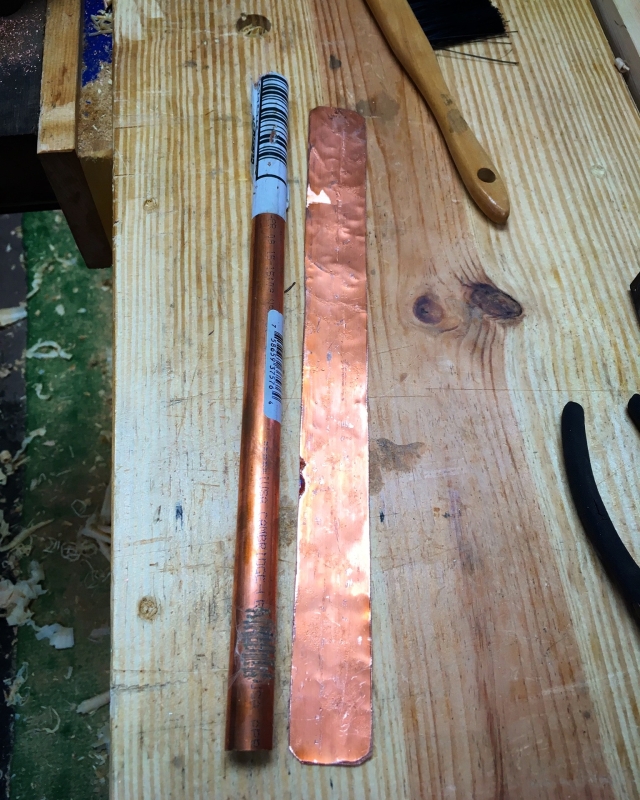 The pivot arm is fashioned from a piece of clear pine that I bought specifically for the purpose.  When I went to the big box I culled through the pile until I found a piece that had the grain running in the same direction as the taper of the arm.  I was really lucky and found an almost perfect match. 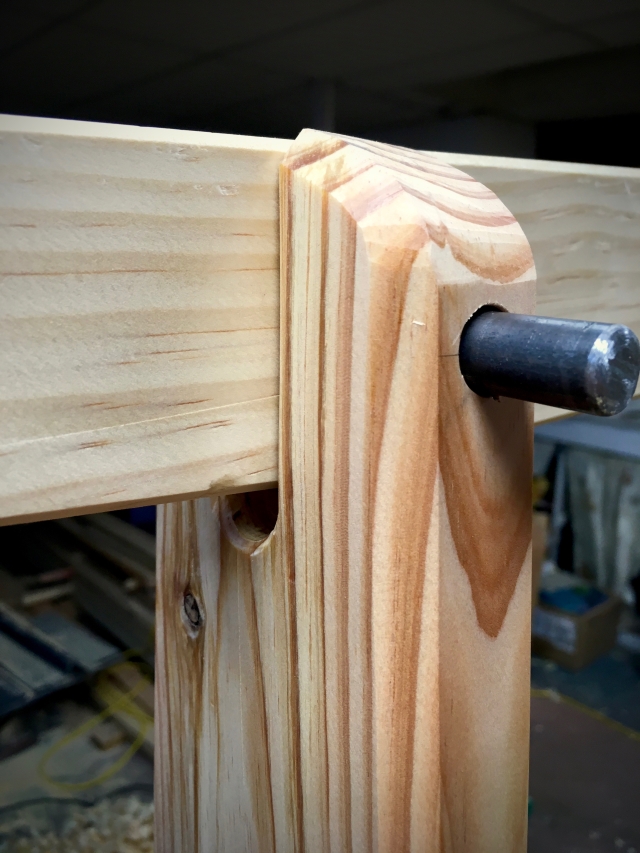 The rest of my day in the shop was spent planing the uprights clean and chamfering every exposed edge.  I then reassembled what I have so far and manged to actually mark out for the wedge mortises.  The chopping of those will have to wait until tomorrow. 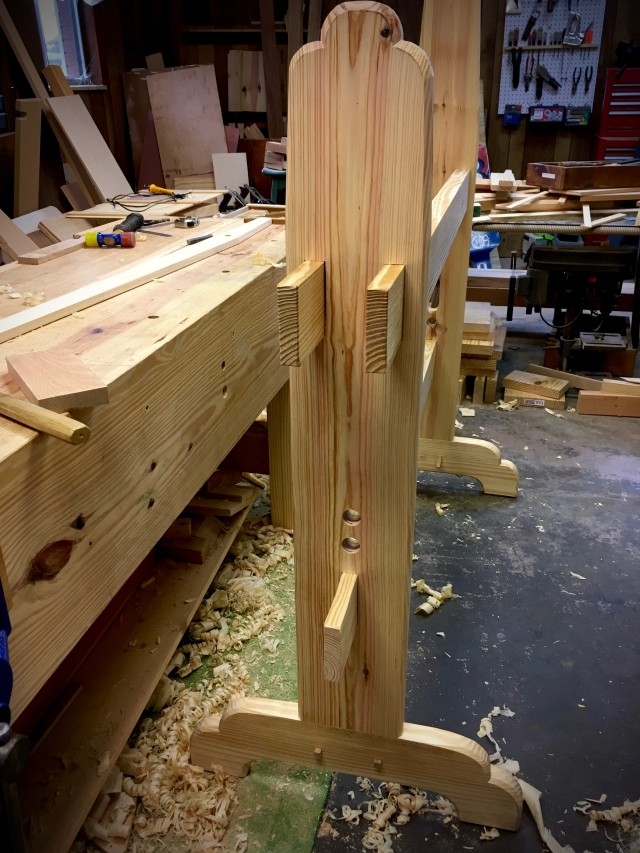