Clamp-On Pincushions-Part 2-Complete with a Bonus The plan at the end of my last post was simply to complete the second version of clamp-on pincushion and complete the design drawing for the first version.  A simple conversation changed my plans.

My mother stopped by over the past weekend and while showing her the pincushions I have been working on, management made a comment about something she had put back from her grandmother.  A pincushion that her grandmother had made her that held scissors, bobbins and a thimble.  Since her grandmother had passed away many years ago, management no longer uses it, but keeps it as a memento.  That set my wheels turning and I began searching for ideas for a sewing caddy.  More on that in a minute.

I did manage to finish version #2 of the clamp-on pincushions.  After the third coat of Tried & True finish had cured, I made the pincushion for it.  I’ve been using felt for these pincushions and it seems to be working well.  The nice thing about the felt is that it doesn’t require any fancy seems.  A simple blanket stitch that butts the edges together is all that is needed. 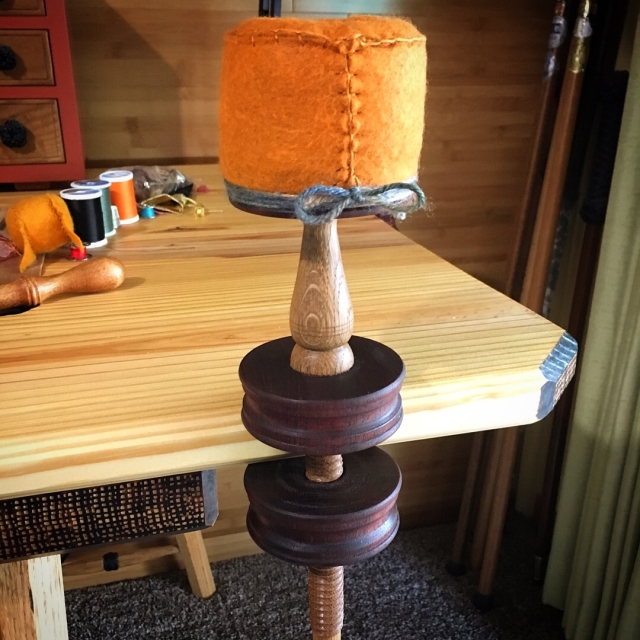 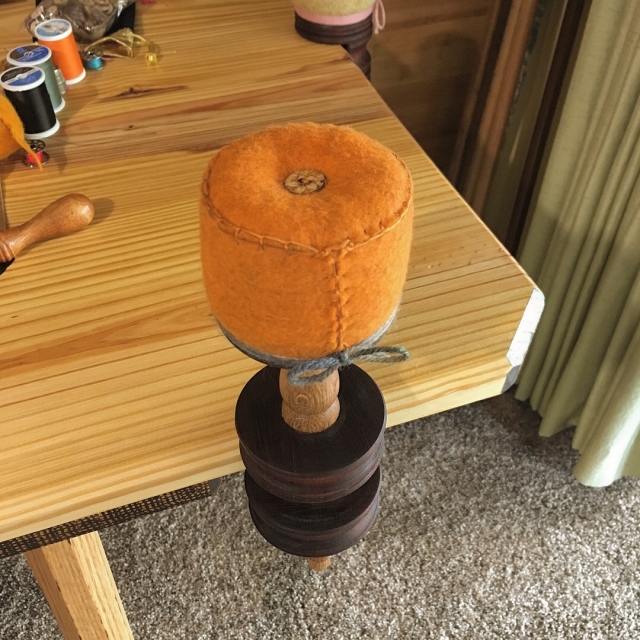 I also promised to complete the design drawing for first version.  So here you go. OK, that brings me back to the sewing caddy.  After a bunch of sketches I came up with a design that I liked. 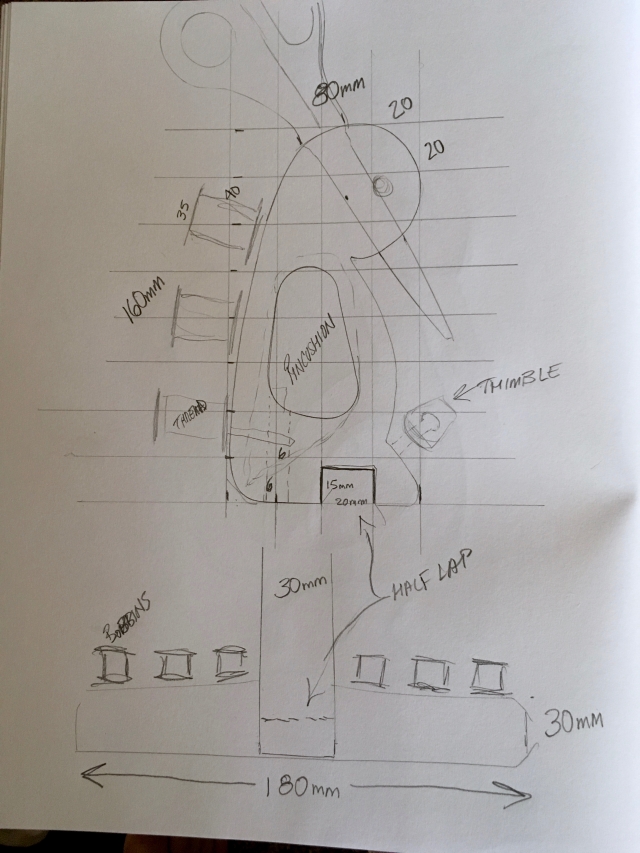 The general idea is that it is a bird theme.  The head holds the scissors, there are pegs down its back to hold thread spools, there is a peg at its feet to hold a thimble and the wings form the pincushion.  Management suggested that it should also hold sewing machine bobbins and I added that feature by putting the bird on a perch.  The whole thing clamps on the edge of a table in the same manner as the second version of clamp-on pincushions.

With my design in hand I went out to the shop to see if I could bring it into being. 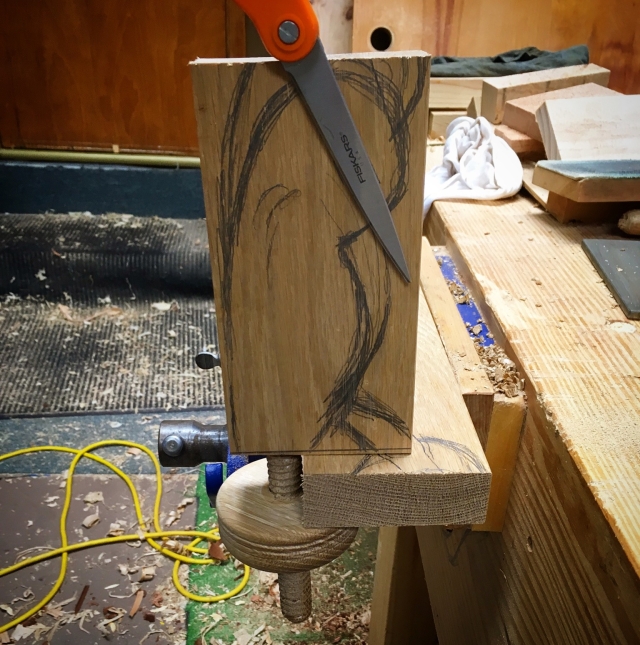 After a few hours, I had the thing together. 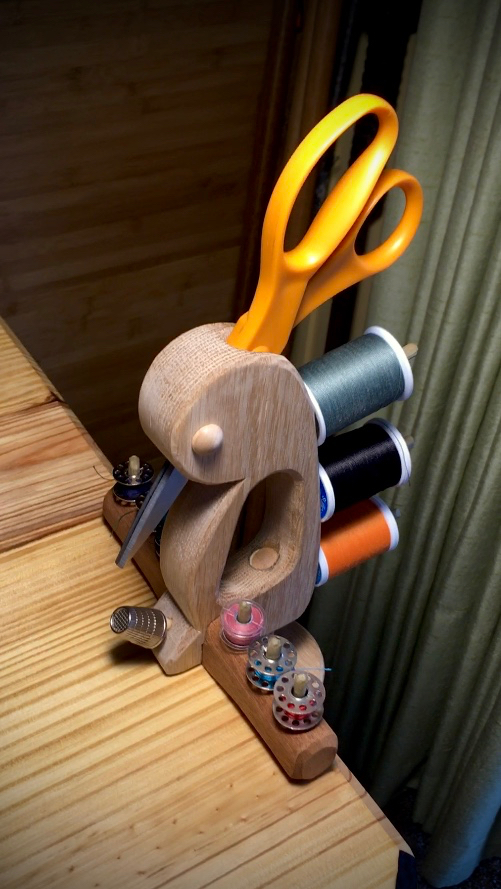 Over the following days I added the finish, made the pincushion and worked up a proper design drawing. 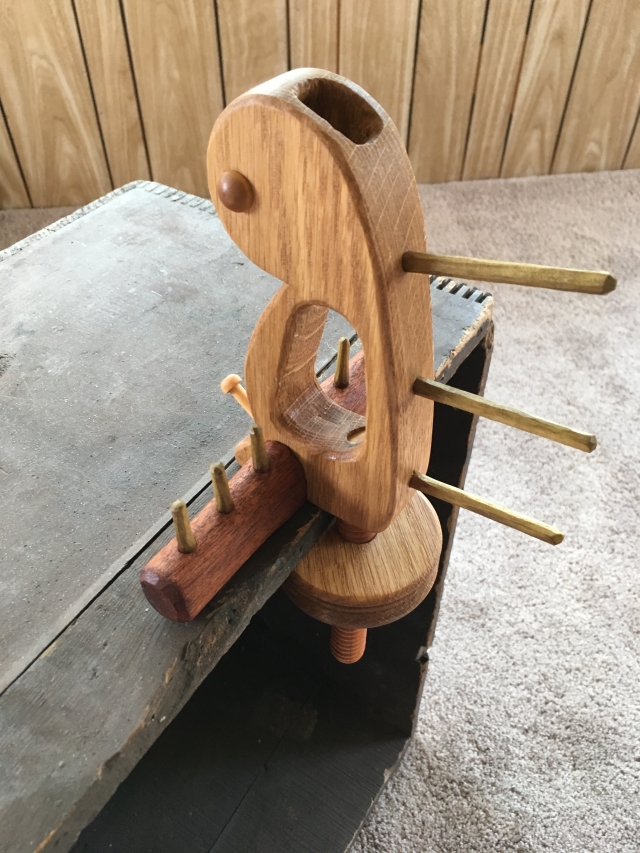 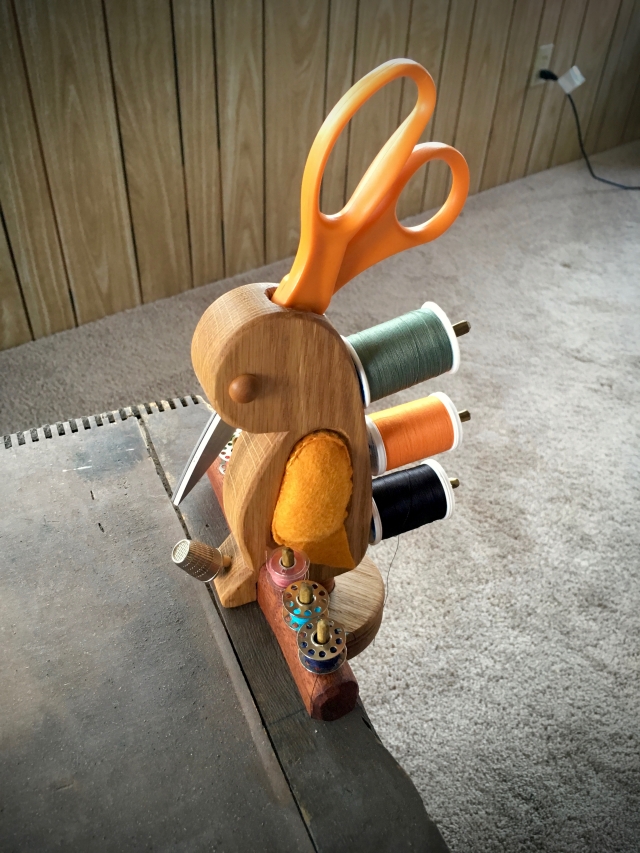 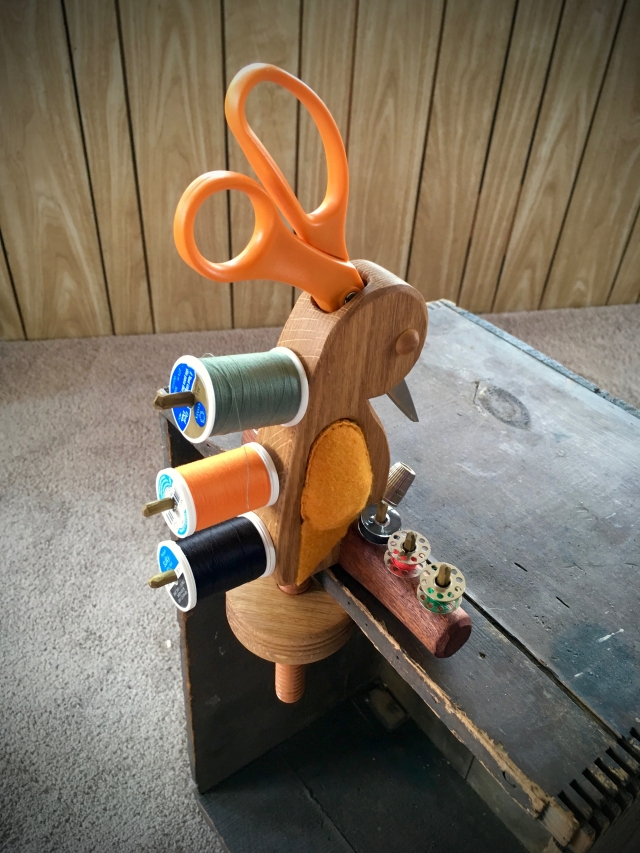 Well that should do it for my pincushion making for a while.  Although I’m sure there will be a few more in my future to give as gifts.

This entry was posted in Clamp-On Pincushions, Design, Illustrating, Sewing Caddy and tagged pincushion, Tried and True. Bookmark the permalink.