The were only two remaining construction phase elements that needed to be completed.  The trestles needed to be trimmed level and everything needed to be sanded in preparation to receive the milk paint.

From the conception I knew that I was going to paint this table.  I had no idea what color though.  I also knew that the table wouldn’t look quite right being painted a single color.  A layered look is what I was after.  So I gave the milk paint color sample card to management and told her to pick whatever color she wanted.  She chose Bayberry Green.

As luck would have it, I already had a quantity of Lexington Green on hand.  Lexington Green is darker than Bayberry and will serve as the base color.  You may already know, but management likes to use Coral as the accent color throughout the house.  With that in mind I had a few plans for some Salmon milk paint.

I began by giving everything, except the handles, two coats of Lexington Green.

After letting the Lexington Green cure for a full twenty-four hours I painted on a layer of slightly thinned Bayberry Green.

To create some additional visual interest I cooked up a plan to add some elements of Salmon milk paint.  The first of those involved creating a couple of stencils.  The first one is meant to be a cherry blossom.  I drew the design on a piece of cardstock and cut it out with a hobby knife.  The second stencil is meant to give the impression of a doily.  I searched online for a stencil, but couldn’t find anything that I liked.  In the end I made one myself.  Much like the folded paper snowflakes that grade school kids cutout except in rectangular form. 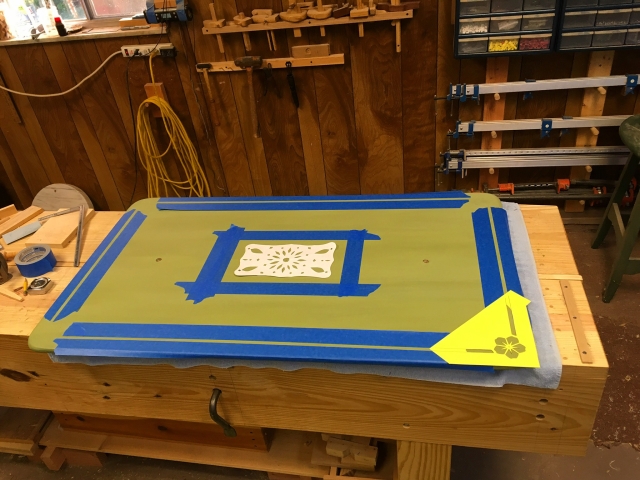 I then painted and stenciled on the Salmon milk paint. 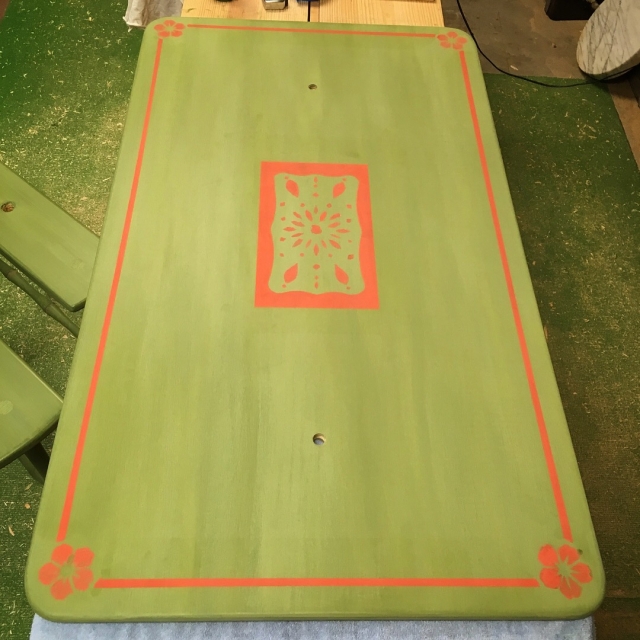 I also used a dry brush technique with the Salmon milk paint to add highlighting to the nodes of the bamboo legs.

After final rub out of the Salmon milk paint bits I started applying the oil.  Everything received two coats of polymerised linseed oil followed by two coats of a linseed oil and beeswax mixture. 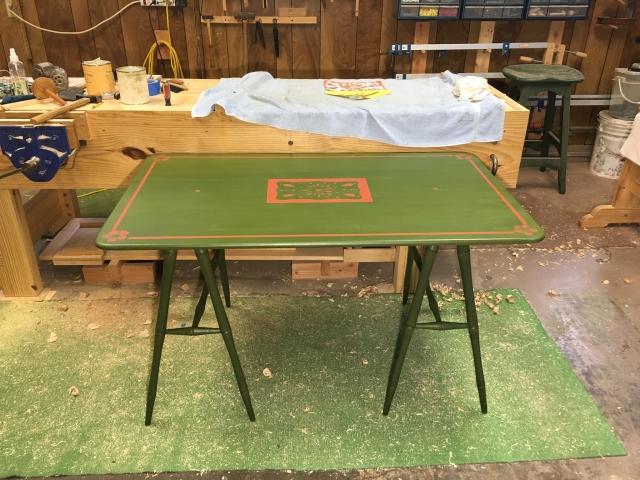 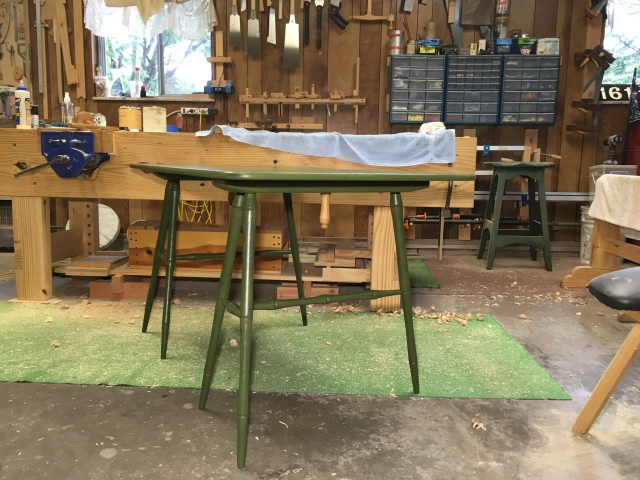 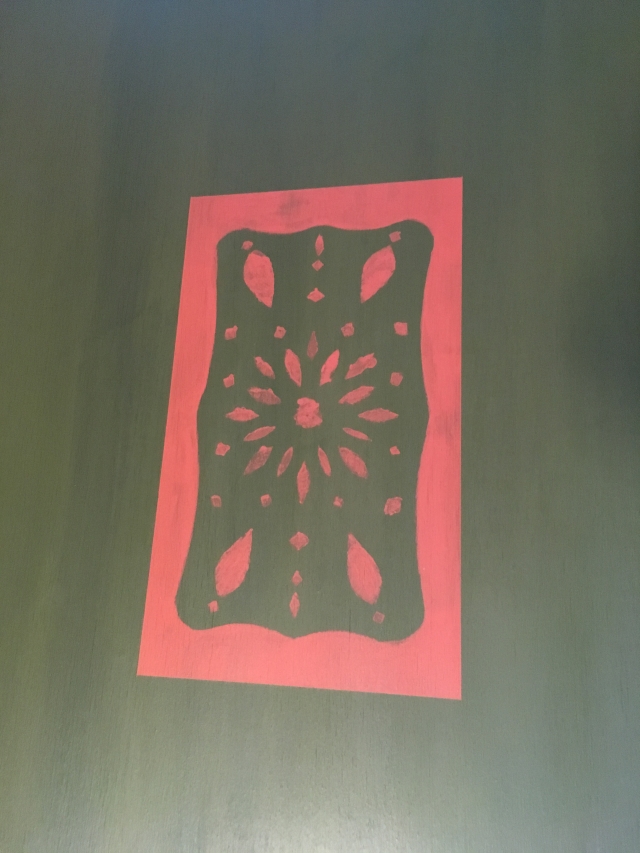 I added a few new skills with this project.  From turning the bamboo shaped legs, the thin spindles and layering milk paint.  I read somewhere recently that if you say your having fun with your woodworking than you are not taking it seriously.  Sorry, but that’s a load of crap.  Outside of necessity, there is no other reason for an amateur to go out into the shop.  So yes, I had a good bit of fun building this table.  Yet I also took every step of the process very seriously.  Go figure.