New Shop Up and Running-Mostly

I’m finally at a point where I can start working wood once again.  It seems as though its been years instead of weeks and I’m surprised at how much I have missed it.  I took a long hard look at the new garage and came to a few conclusions.

One, it needs more lighting.  The garage already has a gridded drop ceiling that was installed by the previous owner and two fluorescent light fixtures.  Two is just not enough for woodworking so I purchased two additional fixtures and installed those into the grid.  Much brighter and should be sufficient with the addition of a task light for my aging eyes.

The second conclusion I came to has to do with the layout of the new space.  Originally I was going to utilize the far right rear corner but realized that I would “need” a little more room.  Part of this decision fell to tool storage.  In the old shop most of the tools were stored on a wall-hung rack (as seen below) and I planned to utilize the same concept here in the new shop.

However, the previous owner had built two storage closets in the garage and I decided to utilize one of them as a tool cabinet.  This closet will hold planes, drills, chisels and finishing sundries with room to spare. 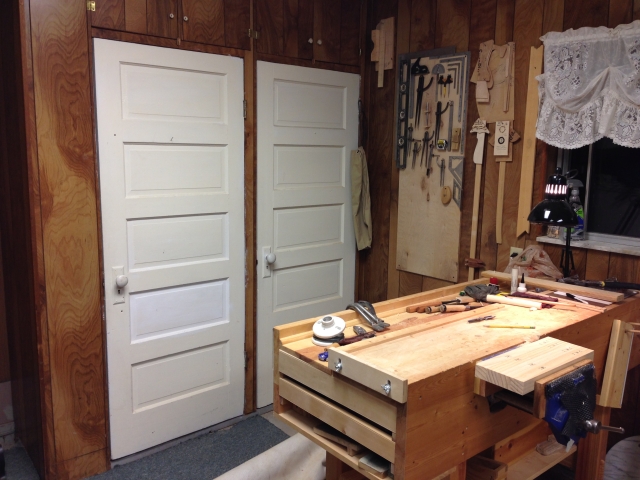 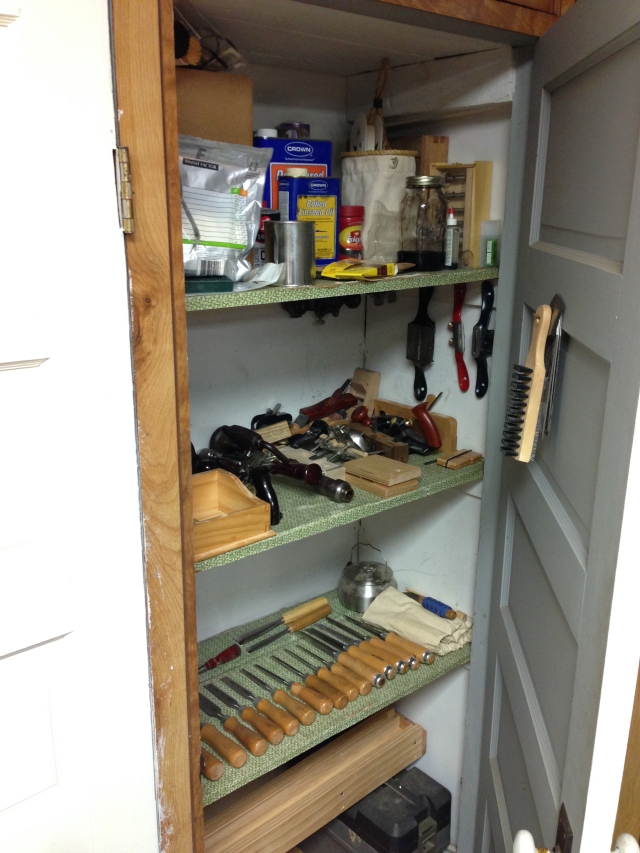 As an extra bonus there is a small gas heater already installed and in working order. 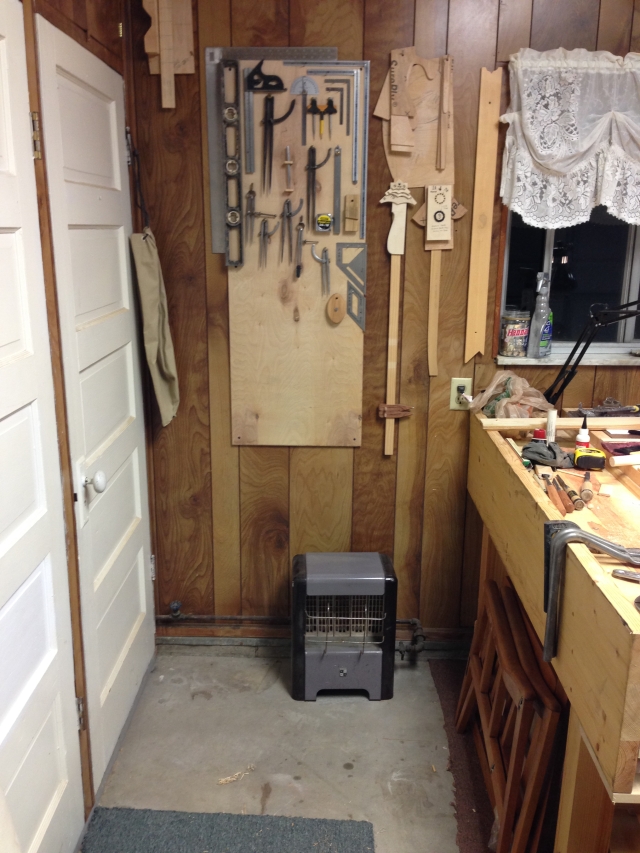 Layout tools, saws, marking gauges and mallets now reside on the wall as before but in a much different configuration.  I also added a few hanging cabinets for nails, screws and the like.  Finally, I utilized a large chest, left by the previous owner, to store my wood supply.  Basically I took over the entire rear wall of the garage.  The caveat is that I have to be able to clear enough space in the middle in the event that my wife needs to park her car in my workshop…er…I mean…our garage.

Workflow will be a little different and take some getting used to.  Plus there is still a good bit of unpacking, sorting and putting away to do before I can call it done.  But for all intent and purpose I’m ready to get back to woodworking…finally!

Since I’m out of practice and this is a new shop, I have decided to tackle a simple project to help me get back into the swing of things.  Looking at the list of “needed” projects there is an entry for a side table.  This will need to be built in the style of the end tables that I built last summer.  Familiar, but with enough complexity to get a feel for the new layout and workflow.

This entry was posted in Thoughts-Views and tagged tool rack, tool storage, workshop. Bookmark the permalink.

4 Responses to New Shop Up and Running-Mostly